Howdy. This is the first entry of the blog that will describe my experiences in the United Arab Emirates over the spring 2014 semester. Welcome, and buckle up. There's an adventure in the works.

Before we plunge in headfirst, a little bit of background on me… I’m Jon Thompson, a third-year international business & finance student, with a minor in Spanish, at the University of South Carolina (the real USC). Upon graduation, my professional aspiration is to work in management consulting, ideally in an international setting. I grew up in North and South Carolina, but these days, my family calls Denver home. I like writing stories and songs, and I'm a big fan of the outdoors and history. But enough about me for now. This blog is about the #1 ranked undergraduate IB program in the country - and its study abroad experience in particular. Let's boogie.

Growing up, I became enamored with international travel at a young age. Already, I have been lucky enough to have visited on-set locations of the Lord of the Rings movies in New Zealand, been inside of a Great Pyramid in Giza, stood at the base of the world’s tallest building in Dubai, chilled out inside of a Swiss Alps glacier, strolled through Copenhagen’s bicycle-dominated streets, and driven on the “wrong” side of the road overlooking the Indian Ocean in Perth, Australia. These are incredible experiences, to be sure! But beyond the photographs and crazy stories I can tell about being abroad, I am a huge advocate of travel for a cultural reason as well.

It is my firm belief that the personal experience of coming into contact with different cultures has a profoundly humanizing effect upon an individual. Having traveled to the developing world, I have experienced first-hand the tragedy of institutionalized poverty beyond the glass barrier of a documentarian’s camera, as well as the resounding hope and abundant creativity that distinct social groups such as the Egyptian Copts possess. I have marveled at Swiss efficiency, New Zealand’s natural beauty, and Danish hospitality. There is inherent value in every culture, and it’s a shortsighted perspective to believe that the system in which you were raised is the best and has all the answers, because that perspective is simply not true. With each new travel experience, I have enjoyed extending my cultural sensitivity as well as learning from people in many different walks of life, and this is an effect I fully expect to experience anew during my four-odd months studying abroad in the Middle East.

For me, choosing the American University of Sharjah was actually not all that challenging of a process. But last spring, when the application for exchange programs originally opened up, I was dead-set on a totally different pathway. With my Spanish minor, I had always assumed that I would be heading to a country that spoke that language, in order to gain local lingual proficiency from the cultural immersion. Thus, I had done quite a bit of research on programs in Argentina, Chile, and Spain. But aside from this objective, I also had to ensure that the school offered the right courses for me to continue along my path to graduation. Since I was an accounting double major at the time, this was actually much easier said than done, with how differently the discipline is taught across the world. Although originally, there were so many options across multiple continents, it really came down to two programs for me: one in the Czech Republic and the other in the UAE. The criteria for these schools were based on course availability, credit transfer, and my own interest in the programs. Most of all, I wanted to be able to mesh well at the school I had chosen.

To tell the truth, I was initially very disappointed that I wouldn't be getting my Spanish immersion, because it really was a dream of mine. But after some thought, I realized I had discovered an important lesson. Even though the IB program really encourages your development in a language in the classroom, you're not restricted to just those countries when you're choosing a study abroad destination. It's about so much more than a language when you travel. It's about exploring culture, meeting some incredible new people, embracing a different set of customs and traditions, and challenging yourself in an unfamiliar environment. And that can happen anywhere in the world! So when the letter arrived in July that told me I was accepted to AUS for this spring, I was 100% on board.

And why not? I'm headed back to an area of the world with one of the richest histories around - it puts the 400-odd years of American history to shame. The city of Dubai, arguably the economic center of Middle East commerce, lies just 20 kilometers away from my campus, with all the enchantments of glitz and foreign wealth. When I visited Dubai on my way to Egypt three years ago, I was thoroughly awestruck by this dramatically different and wonderful world that I had stepped into. At the time, I silently promised myself I would find a way to come back - the place grabbed my heart that strongly. And by the luck of the draw, I'm about to make good on my word. I fully expect this to be an experience I'll be able to tell stories about for years and years to come.

So what will happen when I’m there? If we’re taking the Captain Obvious route, I’ll be taking 5 classes at AUS – a few finance and international business courses, and then hopefully one with a local flavor  – studying just as any student does (though hopefully not too much), living on-campus, and when I can, I’ll be exploring what this UAE culture is all about. But beyond that, there are so many possibilities for things to do! Thus, realistically, your guess is as good as mine as to what will happen, but I can guarantee you that it will be an interesting journey. Sharjah, meaning “rising sun”, boasts a robust 5,000 year history and is a dynamic center for both commercial and cultural interchange in the Near East. The leading cultural role played by Sharjah has resulted in the emirate being named as the Capital of Islamic Culture for 2014, a title that was conferred by ministers of culture at an Organization of Islamic Countries conference in the Azeri capital of Baku. Simply wandering though any of the city’s numerous historic museums would be a rich encounter within itself, as would walking the streets, interacting with locals, sitting out with a cup of tea overlooking the beautiful Persian Gulf, making friends of my student peers, learning their specific customs, and going on trips organized by the local student exchange office. There is a wealth of opportunities, and I’ve never been one to let them pass me by.

So here we are: 54 hours from D-day. I have my passport, visa, and some (almost-packed) suitcases in hand. I've said my goodbyes to my family and my American football (go Broncos), and I'd say that I am as ready as you can be to leave. Prepared? I'll let you know when I get there. 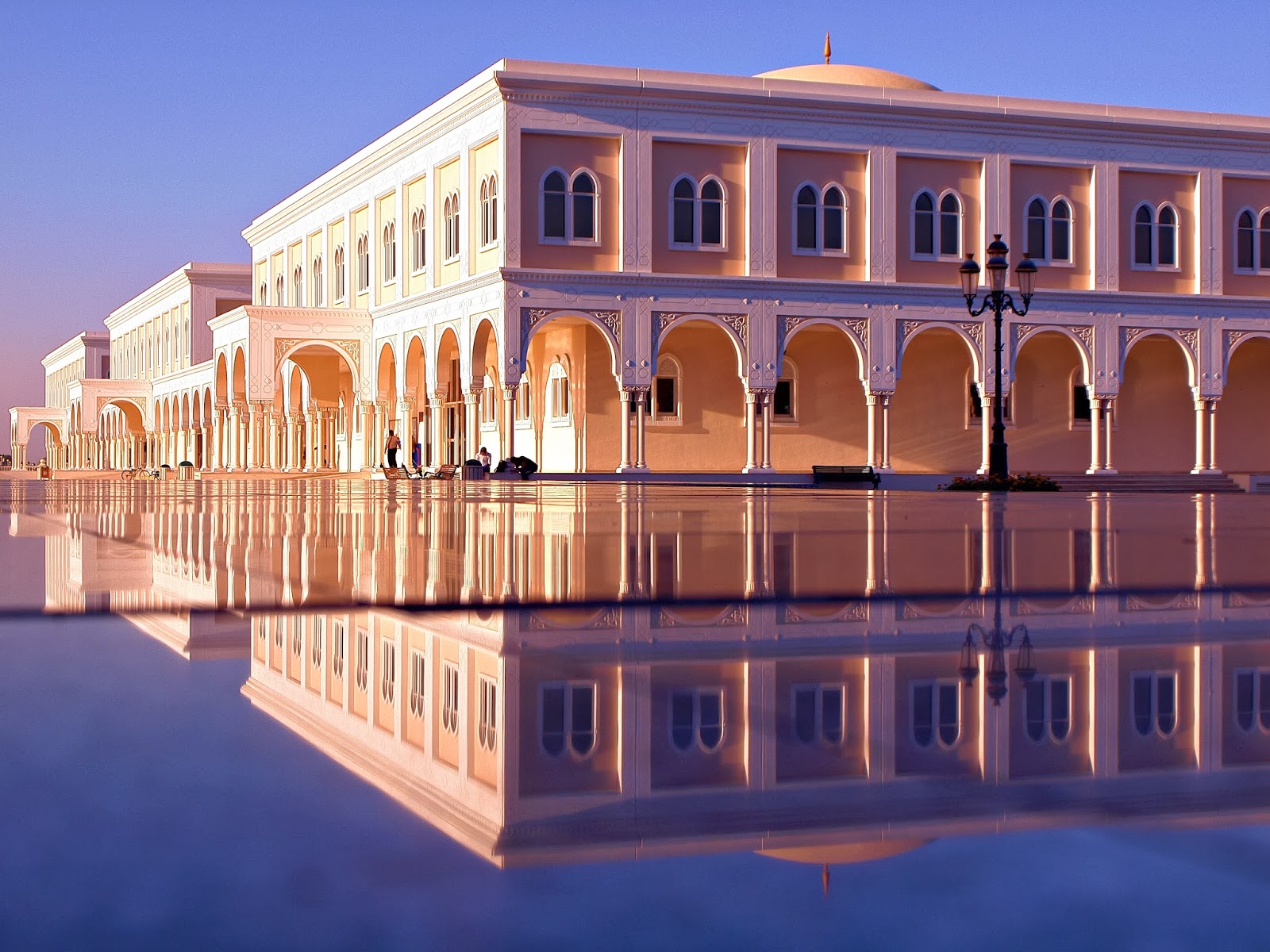 The AUS campus, in all its pristine glory. 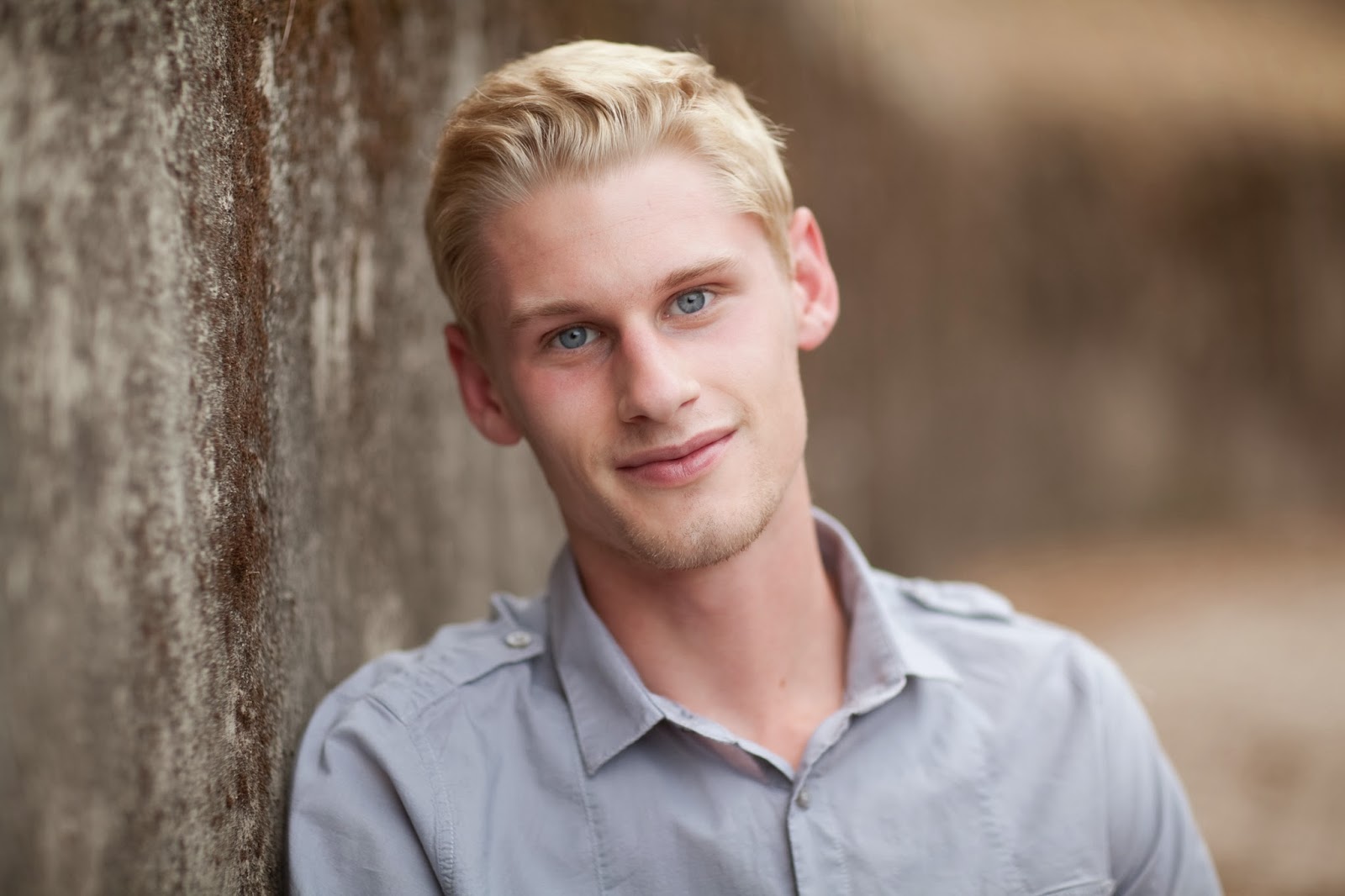 So you can put a face to the name.