A Plunge into the Deep End

As of the time of this writing, it has been roughly 54 hours since my touchdown in the beautiful, wonderful, stunning, description-defying country of the United Arab Emirates.

One simple thought that I cannot move past: I'm here. The very idea befuddles me. There is a distinct surreality to this place, for which I have many partial explanations. The first I shall mention is the one that strikes me most emphatically: there is a resplendent and dichotomous juxtaposition to this land. Though brimming with history and very much affixed to its foundational roots, this country is also taking landmark strides into modernity, trendsetting while preserving tradition. A nation of 200+ nationalities, this is by far the most eclectic place I have encountered. In Dubai's bid to host the 2020 World Expo (which it has since been awarded), the city displays its unique designation as the crossroads of Eastern civilization meeting Western civilization. But perhaps even that analogy does not do this cultural and commercial oasis justice. As I stride through some of the many enormous malls here, I feel that I could meet anyone -- of any nationality, nobility, or creed, including the ruler Sheikhs themselves (they have been known to walk and chat with citizens in public, sometimes even unguarded) -- and the wonder of sheer possibility enthralls me.

Yet beyond this cultural mezcla, there remains stronger still a distinct sense of national identity in the UAE. Certainly, each of the seven emirates here are endowed with their own distinguishing attributes -- Dubai, for instance, is the commercial and luxury center; Sharjah (where I am stationed, bordering Dubai), the cultural and educational capital; Abu Dhabi: politically potent, rich with oil. And the country is certainly defined by its many expatriate residents, which constitute roughly 85% of the population. At the heart of this whirling swarm of activity, though, are the other 15%: the Emirati nationals themselves. Unlike America, famous for its egalitarian yet individualistic "melting pot" personality, the citizens of this nation retain a purity of tradition that seems to form a nucleus, chemically binding the push for modernity with the ancient and integral roots of Islamic society. It's unlike anything I have ever seen.

Somehow, I am not jetlagged here; this is fortuitous, for sleep is the last thing on my mind. Already, I have forged friendships with Senegalese, Somalis, Venezuelans, Argentines, Egyptians, Pakistanis, Indians, Irani, Palestinians, Syrians, and Saudis. There is an infectious hospitality throughout the country, but it is especially so here on the American University of Sharjah campus, where both learning and kinship are prized highly. Considering the 85/15 ratio from above, nearly everyone is a visitor to this country, but simultaneously we treat each other as our guests. Similar to the American South, it is routine to greet a passerby, often with a handshake. I only have to say hello; the resulting conversations have stretched into full-fledged camaraderie. I stumbled across a student playing a grand piano in the Student Center earlier this afternoon, and we struck up musician's talk immediately. He played classical pieces for me, and I played him jazz standards. 15 minutes later, we were talking seriously about world political systems and the philosophy of national leadership. I could have told three similar stories easily about chance meetings turning into relationships, and these are not unique to my experience; my fellow study abroad peers have reported the same.

The campus: my stars, it's stunning. Let me show you before I fail to describe:

The fountains are even more beautiful when active.


The crown jewel of the campus, in my opinion.

Thus far it's been fairly deserted (accidental pun, I swear). Only the exchange students and new freshman are here for now. I apparently have a roommate, but he's not around yet. The dorms are surprisingly prison-like; by that, I only mean -- affectionately -- the white floors and walls, as well as the fact that I live in a building called IJ Block. I might nickname the place Shawshank. The amenities (A/C, hot water, WiFi, and plumbing) are perfectly acceptable, especially considering I intend to spend very little time in my room for any reason other than sleep, cooking, and showering. Besides, the real architectural action is happening around the academic buildings, which lie at the nucleic center of a surprisingly vast campus. We have a health building, massive library, student center (complete with restaurants and mini-supermarkets), indoor sports complex, and many tennis courts and football pitches. I can't describe it all, but you should believe me when I assure you that it causes me to pinch myself each time I walk across campus, believing this experience to be a bit too dreamy for reality. The design enthusiast in me is aroused, as are my alternate sport, culinary, and lingual enthusiast personalities. 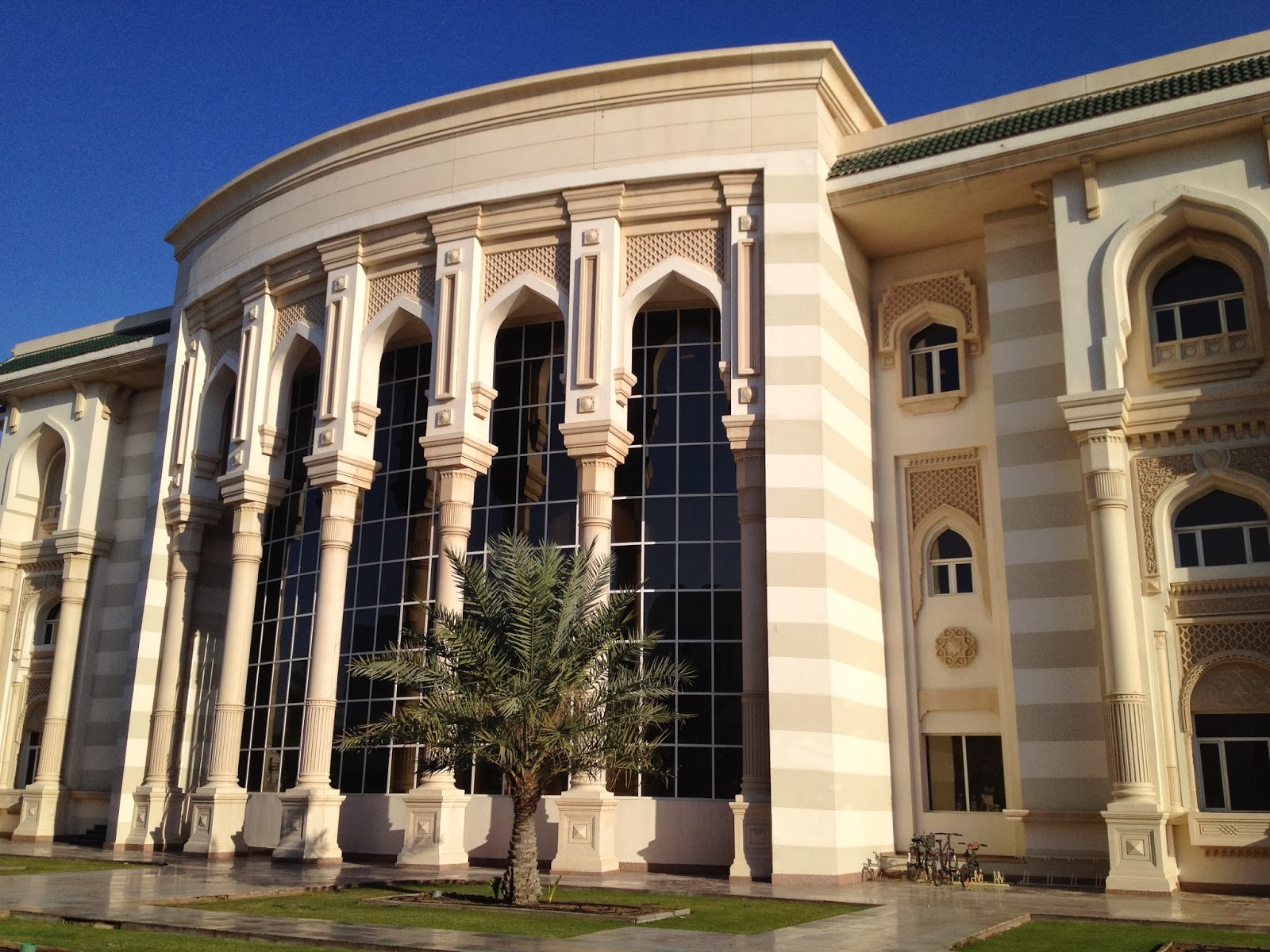 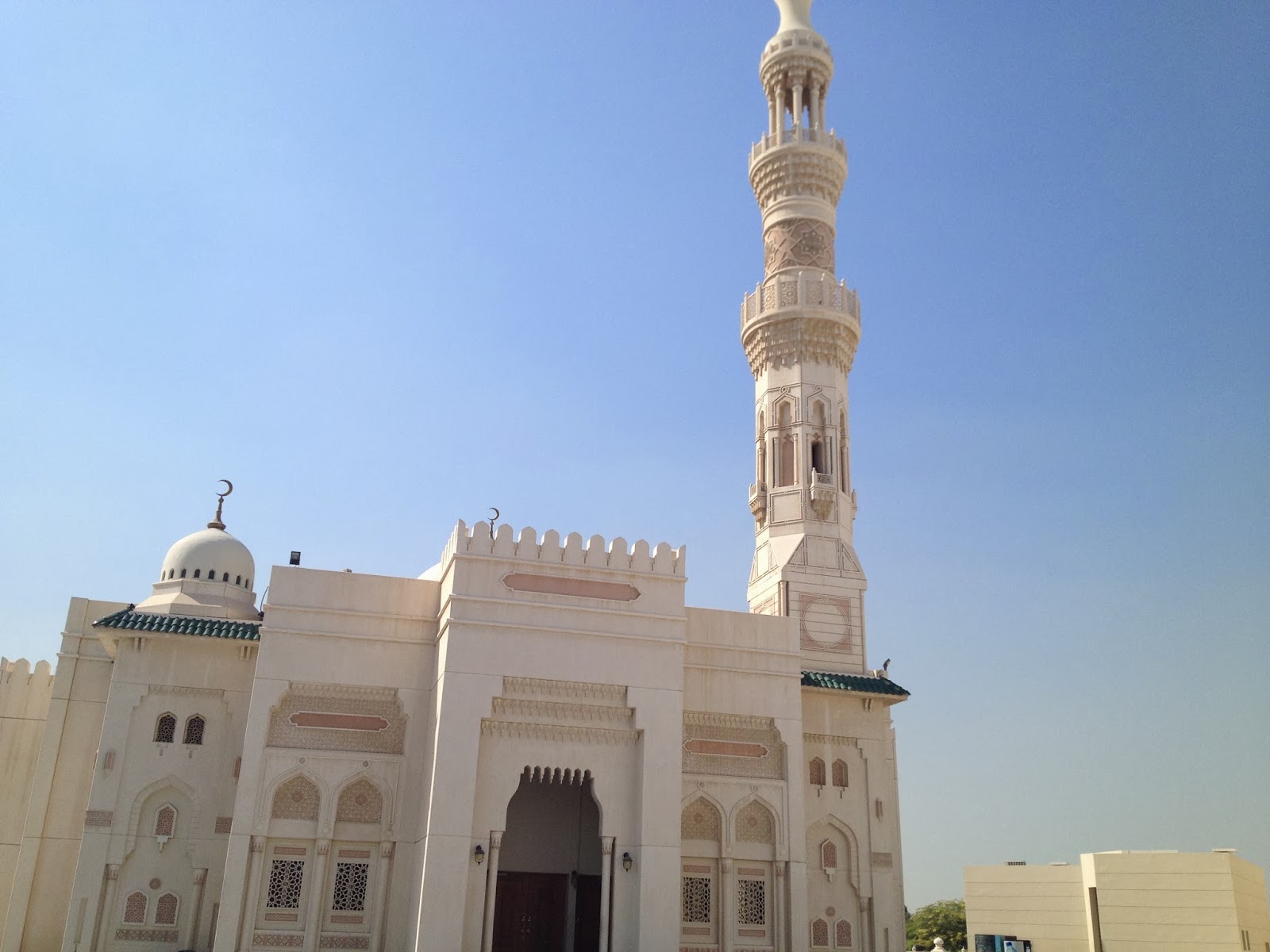 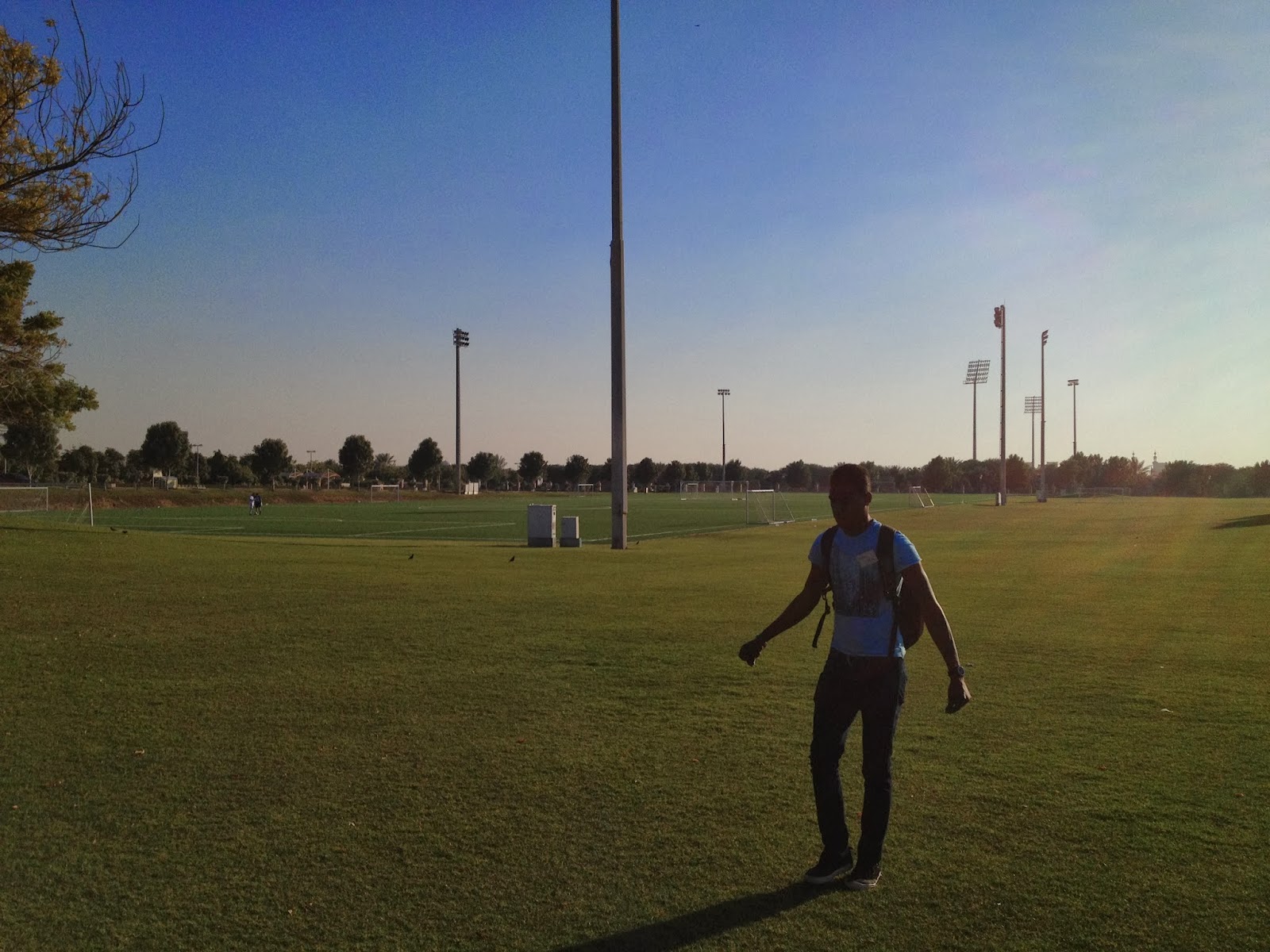 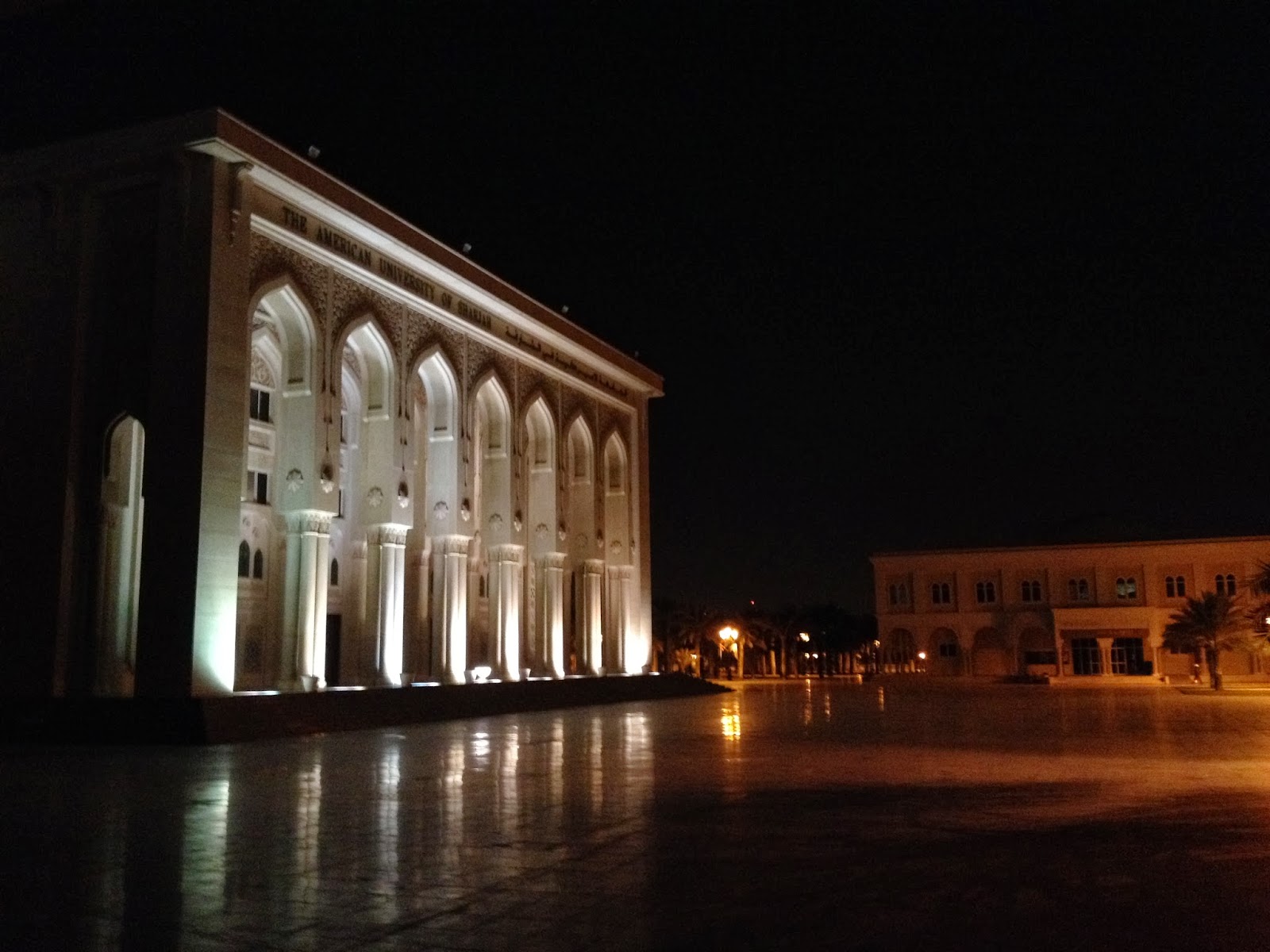 Obviously, I remain in the honeymoon phase of my time here. Everything is new, the money is being spent freely, new friendships are blossoming, and all of us exchange students are still enmeshed in the robust process of discovery. I have no doubt that after having further acclimated, I will be able to comment more objectively on some of the cultural differences in the UAE. Gender relations are an item of particular note, and I will sure to address a sampling of this and other issues in my next update, which I hope to center around the theme of culture.

As the old adage advises us, not all that glitters is indeed gold. But here, though, at least at the outset, affairs are very rich. Very very very rich, and that is precisely the way I like it. 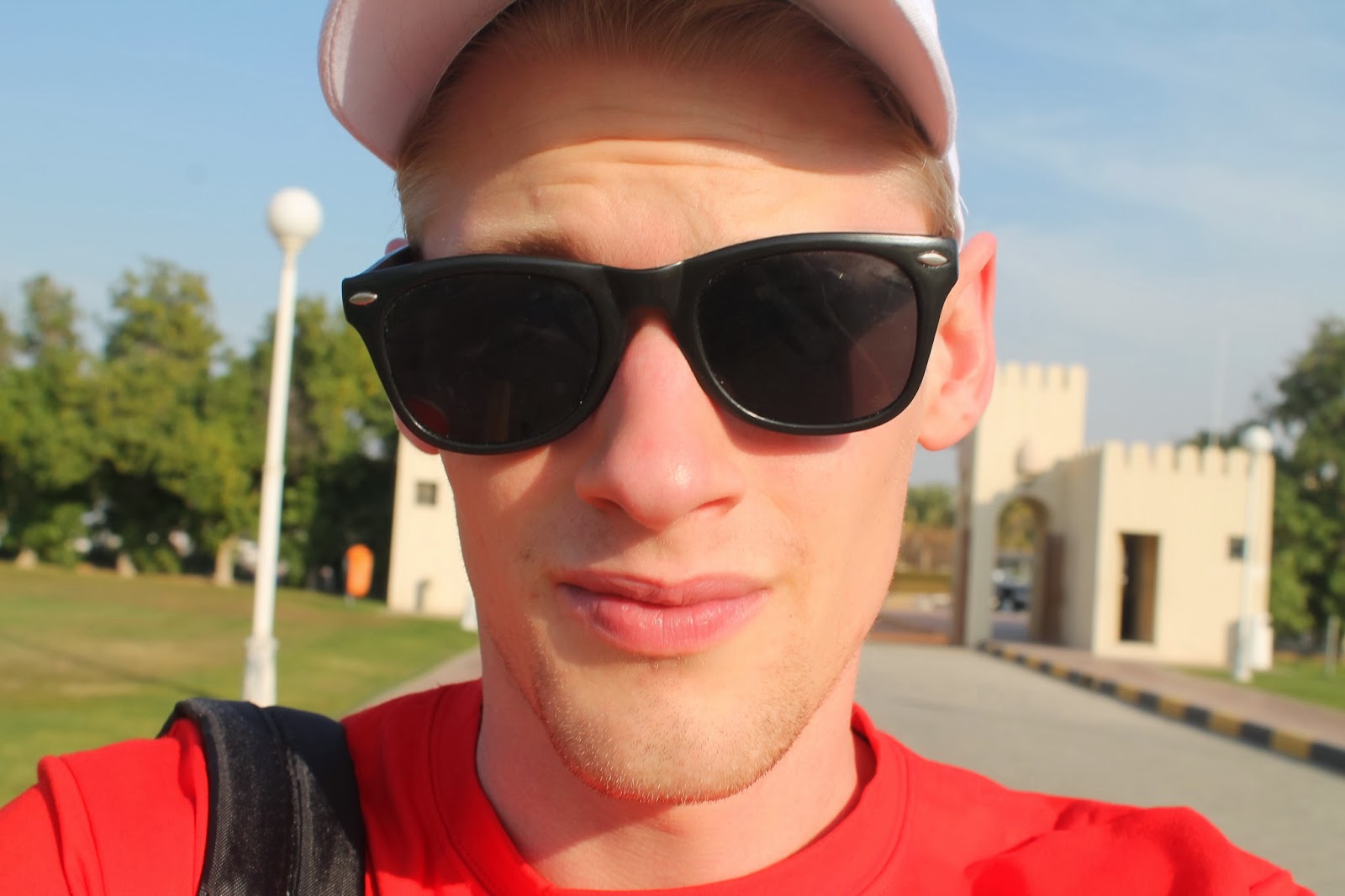